Links to my other blogs 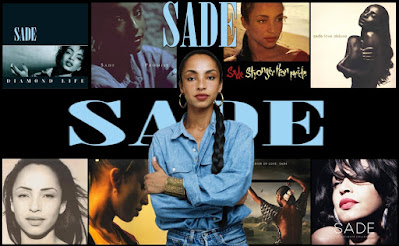 Sade is one of those musicians that comes around only once in a generation. She is strikingly beautiful, glamorous, an image of strength, her voice is instantly recognizable, perfect pitch and soothing timbre, and her band is one of the hottest jazz/R&B bands of the past 75 years.

A band like Pink Floyd has many many great songs. One could argue that every song they ever recorded is great. This list painfully narrows it down to 25 songs. Many great songs are left out and we all have our opinions as to what are the greatest of the greats. This blog post is just one person's opinion regarding some of Pink Floyd's greatest songs. 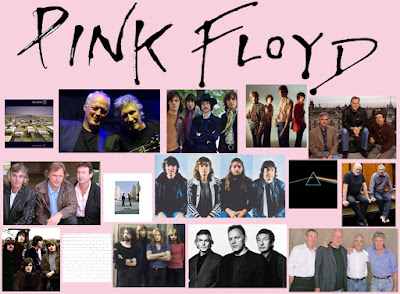 25. Not Now John (1983)Parent Album: The Final CutThis is one of Pink Floyd's hardest rocking songs. David Gilmour's lead vocal is uncharacteristically aggressive yet every bit as effective as his smooth delivery we've grown accustom to hearing such as on songs like "Wish You Were Here" and "Us and Them."Both Roger Waters and David Gilmour put in some of their best guitar work, "Not Now John" is truly a guitar lover's song. Included are electric and acoustic guitar, rhythm guitar and twelve-string guitar. David Gilmour's lead guitar parts are bold and dynamic giving the song a powerful boost.

Not Now John (1983)
24. Mother (1979)Parent Album: The WallRoger Waters sings the song with an indifferent and cold delivery. It's in his indifference that we find a reflective emotion.The lyrics follow in the same pattern; a reflective yet indifferent emotion. Roger Waters goes through a series of questions, that maybe a psychologically disturbed man might ask his Mother. The themes of these questions vary widely, sometimes not related to each other, somewhat disjointed. Waters asks, "Mother, do you think they'll drop the bomb?" "Mother, do you think they'll like the song?" "Mother do you think she's good enough?" Probably the most interesting question is, "Mother, should I build the wall?" This could imply a wall such as the Berlin wall, a wall which represented oppression and division. Most likely the wall could represent a shutting off from society and other people in general - becoming a recluse that hides away from social contact.Again David Gilmour gives his classic and signature guitar solo. His style is recognizable and unique.
Mother (1979)

23. See Emily Play (1967)Parent Album: Non-Album SingleThis is really an amazing and underrated song. Whenever I hear this one and others like "Arnold Layne," I think what a shame that Syd Barrett did not make it too far with Pink Floyd. There were a few non-album singles and "Piper at the Gates of Dawn" (1967) was Syd Barrett's masterpiece. He wrote (or co-wrote) ten of the eleven songs as well as played electric guitar on all but one song and sang lead vocals. "Piper at the Gates of Dawn" was Pink Floyd's masterful debut and showed much promise. In 1968 Pink Floyd released their second album "A Saucerful of Secrets" and this time Barrett contributed to only three of the seven songs and wrote only one. This was the last Pink Floyd album in which Syd Barrett appeared. I often wonder what Syd Barrett would have created, how he would have progressed with Pink Floyd had he been able to keep it together and forge ahead with the band. But than I think that if he continued with PF we most likely would not have had albums like "Dark Side of the Moon, "Wish You Here" or "The Wall." "See Emily Play" is wonderful quirky classic with some wild piano by Richard Wright and some tasty electric guitar chords by Barrett interspersed throughout. The song reached #6 in the UK and #10 in Ireland.

See Emily Play (1967)
22. Cirrus Minor (1969)Parent Album: More (Soundtrack)The first time I listened to this song I had to play it over again. I didn't hear the title mentioned in the lyrics so I went back and listened to each word closely. It took awhile before any singing started. The first minute is nature sounds - mostly birds chirping. Finally an acoustic guitar softly fades in and the vocal starts. I am listening close to each word. I am mesmerized by the quality of sounds and the artful flow of the words. The lyrics paint a vivid imagery describing a lazy afternoon sitting by the river. The music has a tranquil sort of mind-altering effect to it. The title "cirrus minor" is mentioned only once toward the end of the vocal portion.
Cirrus Minor (1969)

Goodbye Blue Sky (1979)
20. Have a Cigar (1975)Parent Album: Wish You Were HereI have long been stupified as to the fact that "Have A Cigar" failed to chart in both the US and UK. "Cigar" was similar in topic to "Money" revolving around greed. The song also featured a "phat" and chunky bass line as did "Money," I just assumed the song would follow "Money" up the charts - I was wrong. Who knows maybe if they would have had David Gilmour (or Roger Waters) do the lead vocals the songs chart performance may have been different."Have a Cigar" received extra mileage in 1979 when disco group Rosebud released an electronic disco-rock cover of the song. Rosebud took their recording of "Have A Cigar" all the way to #4 on the US disco charts.
Have A Cigar (1975)

19. Learning To Fly (1987)Parent Album: A Momentary Lapse of ReasonI did not catch on to this song until a full two years after its release. For that matter I really didn't latch on to the song's parent album until two years later also. The odd thing, I bought the 7" single upon its release (but not the album), and for some reason I never took to the song. I think I played it once and forgot about it. One gloomy fall afternoon in 1989 I decided to play that little 45, I had forgotten about and this time I heard magic. Maybe it was the slick guitar work, or maybe David Gilmour's smooth vocals, or quite possibly the creative lyrics or maybe all of the above. Whatever it was this time around the song had me totally captivated - so much that I considered it my favorite Pink Floyd song for about a year. As I came to love this song, I dug a little deeper and noticed that one of the songwriters was Anthony Moore. I wondered, "Is this the same Anthony More (yes one "o") whose albums Flying Doesn't Help and World Service are amongst my all-time favorites. Back in these days I did not have the internet at the tips of my fingers like I do now, so I sent a letter to Pink Floyd to confirm this. I never did get a response but, in 2002, with the help of the internet, I was finally able to confirm that this was indeed the same Anthony Moore from many years ago.In it's lyrics "Learning to Fly" combines the metaphor of flying with proper flight instructions: "Propellers, fully forward. Flaps, set, 10 degrees." In an interview, David Gilmour said, "'Learning to Fly' is about breaking free and the actual mechanics of learning to fly an airplane." The song describes Gilmour's feelings about moving ahead as the new leader of Pink Floyd after the departure of Roger Waters. Around this time, David Gilmour was taking flying lessons. He got help with the lyric from Anthony Moore, a lyricist who also worked on the track "On The Turning Away." Moore's idea was to incorporate phrases Gilmour would hear in his lessons as he was learning to fly a plane.The dubbed over voice of pilots talking is actually a recording of drummer Nick Mason during a flying lesson. Both Nick Mason and David Gilmour became licenced pilots around this time.A Momentary Lapse Of Reason was the first Pink Floyd album recorded without their founding member, Roger Waters.

8. Hey You (1979)Parent Album: The Wall"Hey You" is one of Pink Floyd's most iconic songs. It was hugely popular throughout the entire decade of the 1980s. Though the song was not upbeat and did not have a danceable rhythm to it nor was it a loud rock song with thrashing drums - it was still very popular at house parties. It was not uncommon to go from Devo's "Whip It" to "Hey You," then follow with Pat Benatar's "Hit Me With Your Best Shot.""Hey You" was used as the B-Side of the single featuring "Comfortably Numb" as the A-Side. Many people considered this to be a double A-Side. Considering the enormous popularity of both songs it unexpectedly did not chart on any major primary charts  anywhere in the world. However, "Comfortably Numb" did reach #24 on Billboard's Mainstream Rock chart.The lead vocal was shared by David Gilmour and Roger Waters and Roger Waters wrote the probing lyric. But the emotionally stimulating guitar solo. Gilmour played this one with a yearning perfection and is arguably one of the most recognizable guitar solos in all of rock music history.

7. Green is the Colour (1969)Parent Album: More (Soundtrack)"Green Is The Colour" is one of my personal favorite Pink Floyd songs. I am a big fan of David Gilmour's lead vocals and with this song swooned his way through the peaceful music that soothingly backed his voice. Plus green is my favorite color, well it's tied with blue and aquamarine, but for the longest time green was the color in my mind.The song is described as being an acoustic ballad and Roger Waters says the song is about Ibiza, which is where the movie "More" was filmed.Though Pink Floyd was an albums band, I always felt "Green Is The Colour" was a good candidate for release as a single.

Thank you for visiting my blog... Please leave a comment... I'd love to hear from you!!!

Posted by Rick Henry at 6:10 PM No comments: